Skip to content
LIVE TRAINING ON ZOOM: LEAD GEN FOR YOUR DIGITAL AGENCY

Rejection Is Truly a Great Thing!

JOIN US ON ZOOM
LEAD GEN for your digital agency

Ditch the feast and famine cycle and know exactly where your next clients are coming from. 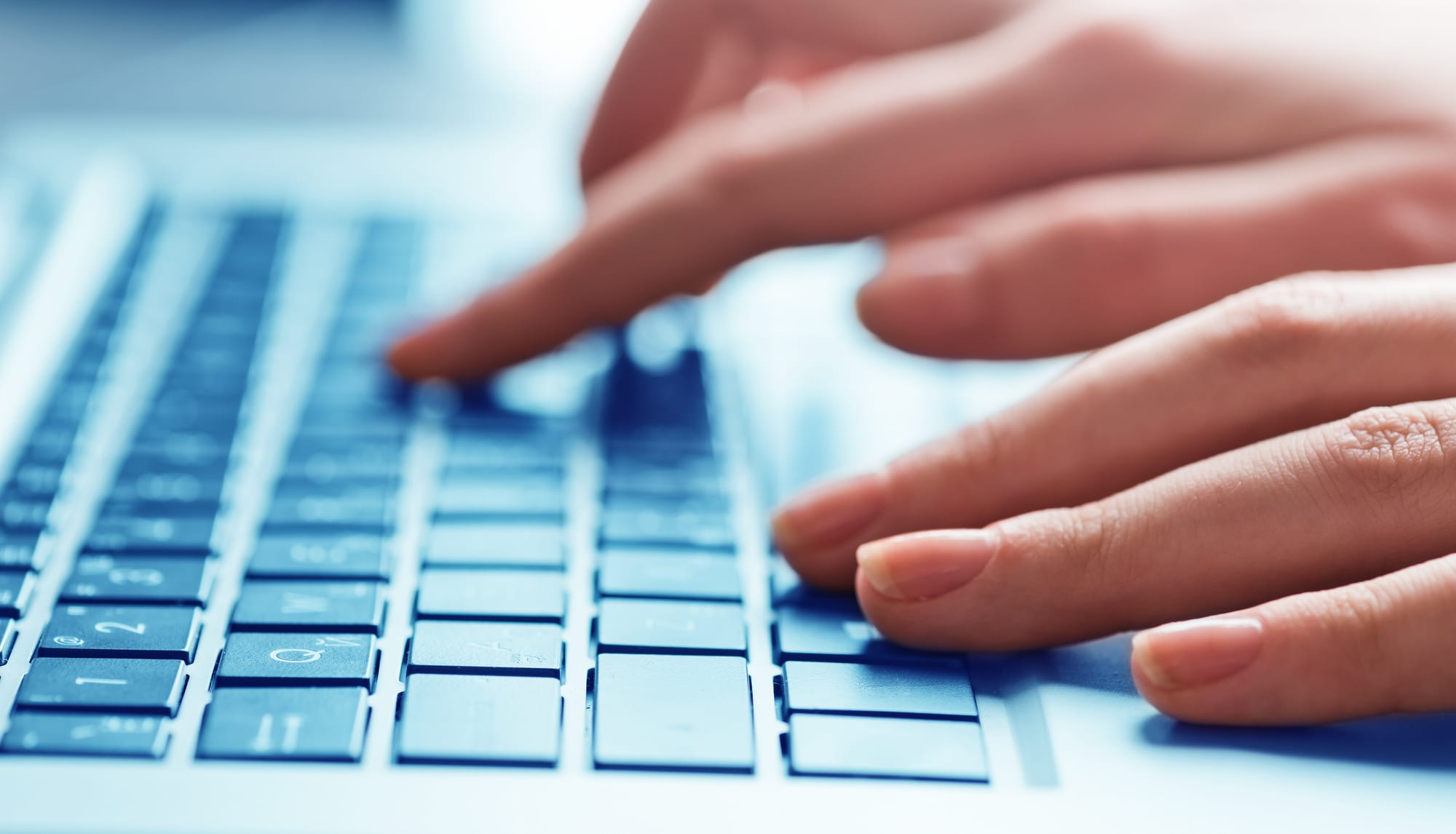 A few weeks ago, I began sharing a bit of “Heather Carlyle’s” story, a successful agency owner whose business was surviving on the goodwill of referrals and word of mouth…and who had just hit quite a snag.

A couple of weeks after our initial meeting, Heather and I met in the corner of a busy little café near her office. When she sat down with her latte, I could tell right away she seemed less than happy.

“So yeah, the whole ‘pick an audience’ thing backfired. I need to find another niche.”

I asked her to take a step back and explain. Turns out, Amy did publish the guide on her blog. And, even better, Amy invited Heather into her private Facebook Group to answer questions and engage with her members as a guest expert.

“Things went great at first,” Heather said. “I got a bunch of new followers on social media, and this one coach even emailed me to set up a call. She wants to talk about building an online course. Amy asked for another article, too. She wants me to pitch her on some new article ideas.”

Finally, I was too confused to stay quiet. “Heather, I don’t understand why you think you need to find another niche. All of this sounds great! What’s up?”

“Well,” Heather replied, “I guess I feel like I said everything there is to be said about launching an online course in my guide. I don’t really know what else I could write for Amy. And, I’m kind of skeptical about that lead. They’re probably just a tire-kicker.”

I cocked my head. “Those seem like small problems, to be honest. Is there something else?”

“Yes. Someone commented on my article about wanting help launching their own course. And then someone responded that this company, “Course Launch,” was a great company, and they should contact them instead of me!”

I connected the dots—Heather was experiencing what I call a “someone stole my idea!” moment.

After discussing the positive results that she had (new followers, an active conversation within a private social media group, and an actual lead!), I gave her a few exercises to do, including creating a customer avatar. I also asked her to come up with 20 headlines of articles she could write, as well as to reach out to the owner of Course Launch and introduce herself. As you can imagine, these last two exercises were not Heather’s favorites, but she agreed to do them. I stressed that it would all make sense soon and set a new date for a meeting. 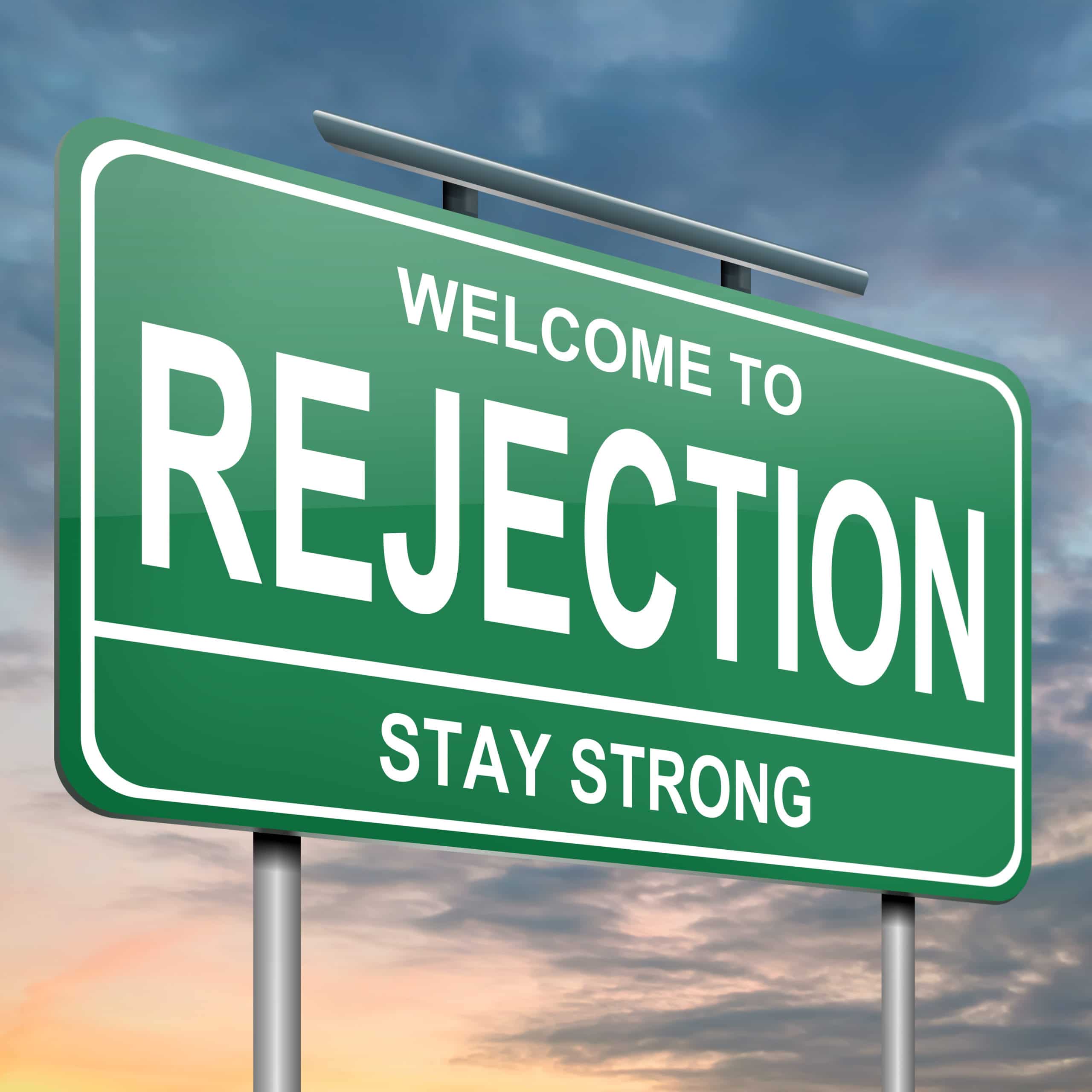 Doing the exercises and creating her customer avatar gave Heather the clarity she needed to write, not 20, but 21 headlines for new articles! And in our next meeting, I found out that her call with the owner of Course Launch went very well, and they’re talking about collaborating on future projects.

We also discussed what to do with those 21 headlines. I asked her to come up with a list of ten new publishers in her niche to pitch those fresh headlines to. I reminded Heather of her previous success with someone else’s platform. “Remember how you tapped into the audience Amy had already built? Amy’s blog is an awareness channel. For instance, pretend you’re a rock band that’s just starting out, trying to get gigs at venues all around town. You need to start ‘gigging’ to build awareness in your market.”

So off Heather went to complete her assignment, and she came up with nearly a dozen new publishers along with a handful of influencer blogs, podcasts, and industry-focused social media groups. Using the scripts I’d provided her, she sent the 10 publisher emails out in about 20 minutes. Then, before she even closed her inbox, she got her first proper rejection from the top publisher in the coaching market: “Thank you for reaching out, but these articles aren’t a good fit for our audience.”

By the time Heather and I met for coffee again, she had received three more rejection emails—and I could tell she was frustrated.

I broke the silence. “So, you got four total rejections, and then what?”

Heather took a sip of her latte. “Two others got back to me and said they liked one of the headlines. But now they want me to write the articles so they can review before they agree to publish.”

My eyes lit up. “Heather! This is great news. You have two more publishers coming online! You just multiplied your audience and awareness channels by 200%!”

“I never thought about it like that. It’s just that I was rejected by so many and didn’t hear back from others.”

I nodded and tried to reassure her. “Don’t worry about it. They’re just names on a list. The reason we build a list is because you’re going to get rejected. So we use the power of a list to overcome that fact. The goal is to get access to new audiences. Rejection is proof that you’re working your list. Rejection is a great thing. Truly.”

Rejection, to use a baseball metaphor, is a sign that you’re taking swings. And the more you swing, the stronger you’ll get—and the more likely it is that you’ll eventually hit the ball out of the park.

“Heather, now I’m going to let you in on a secret: patient persistence. Can you pull up one of the emails you sent to a publisher that has yet to respond?”

I explained to Heather what life looks like for a typical editor. Many of them are busy, understaffed, and unable to respond to every pitch that comes in their inbox. So when we’re pitching, we need to make their jobs easier. We might need to use a metaphorical hammer to break through their initial “no”—but that hammer needs to be covered in velvet, and we need to be gracious and humble in every interaction.

But we’re not going to give up until we hear a flat-out “No, don’t ever talk to us again.” I walked Heather through a simple follow-up email script—just a one-sentence addition to her original email. 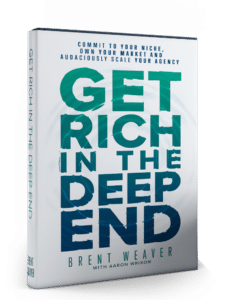 Learn more about owning your market in my new book, Get Rich in the Deep End, order here.

Heather hesitated for a moment. But since she had her laptop with her, she opened it up. She then wrote the politely persistent follow-up and hit send—and sent three more to other publishers!

We also crafted a “thank you for the rejection” email to send to that number one publisher that had turned her down. The email showed appreciation for the constructive feedback, let them know she researched their publication further, and suggested a few more headline ideas. Getting them to publish would be a game-changer.

After the meeting, I was feeling pretty excited for her—but I had no idea what was about to come. By the time I got home from the coffee shop, Heather had already forwarded me a message from one of the unresponsive publishers:

Heather! I apologize for not getting back to you sooner. I was sharing your content ideas with Emily, my editor, and we don’t want to choose one—we want three. Just send over the content, and we’ll queue it up in our publishing calendar.

Emily and I agreed that the “ultimate guide” you showed us is just the type of rich content our audience would like to see more of.

By the way, we are also in the process of launching a new influencer program where we will be publishing a monthly article from a group of experts. Let us know if you would be interested in helping us with this project.

As you can imagine, Heather was feeling pretty fantastic to be called an influencer so quickly in her new market.

So there it was. After just a few emails, Heather now had access to four awareness channels in her audience—empowering her to put her message in front of thousands of potential clients. And these relationships would open doors for Heather that stretched far beyond just the blogs they publish.

For Heather, the old world—the one in which she waited by the phone, hoping it would ring—was already becoming a distant memory.

Heather was starting to own her market.

And you can own your market too! In my next blog, I’ll share more about Awareness, the second of five A’s in my 5-A Framework. Until then, check out my new book, Get Rich in the Deep End, where I go into greater detail on the topics I’m sharing here in my blog.

Get actionable lead gen strategies and an implementation guide for real results. 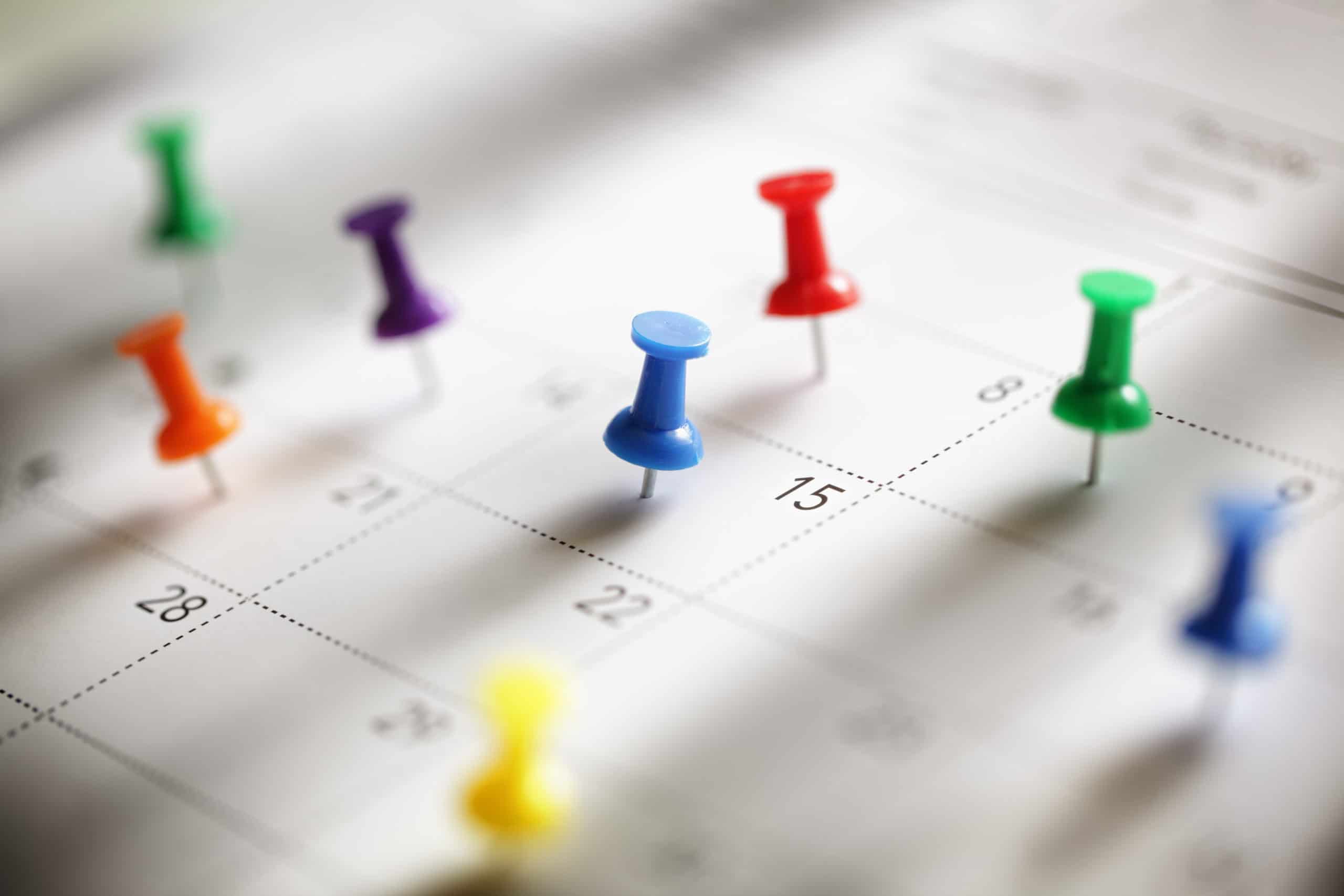 Get High-Value Leads For Your Agency 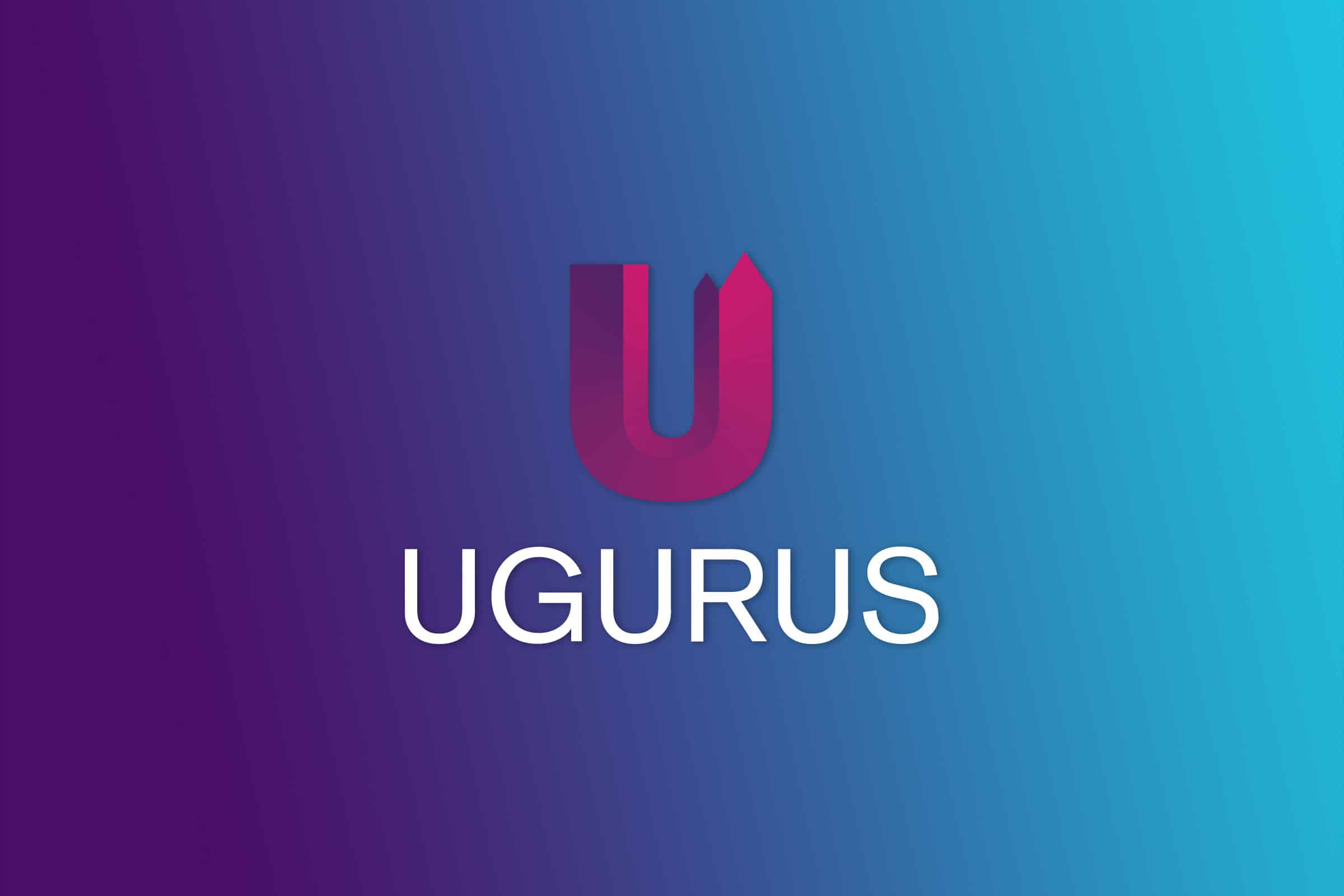 Email marketing – What should you write about? 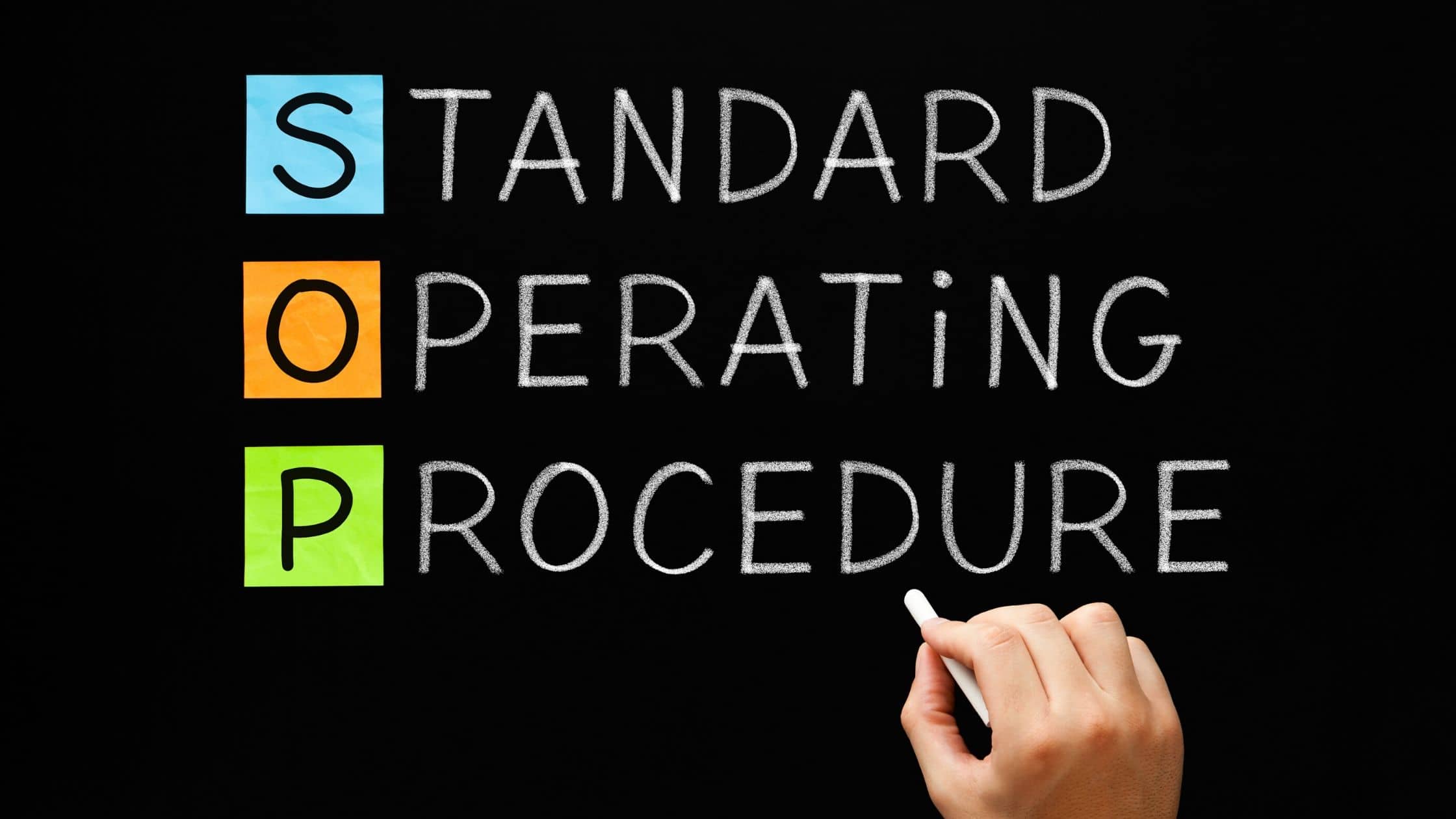 Are you a Bottle Neck in your agency

Your Scalable Seat – How to Grow Your Agency

How to hire people for your agency

Get More Clients for Your Digital Agency with Customer Development